The Crazy Locomotive at Players Theatre 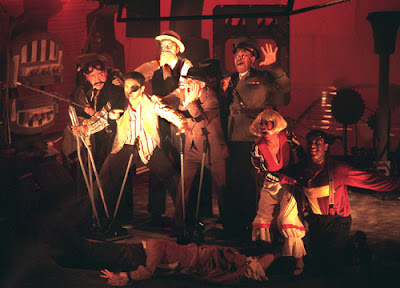 Two men, one a train engineer and the other a stoker, set off on their steam locomotive on what seems a day of work just like any other. But racing along the rails, they come upon the idea that they must crash the train, killing themselves and all aboard, in the name of living and liberation. Set entirely aboard the engine of a steam locomotive, the play follows two men’s crazed venture towards destruction and the love triangle that emerges as their efforts are complicated by a bizarre host of characters.

Drawing inspiration from the author’s surrealist paintings and Futurist music, the production aims to create a spectacular journey of colour, sound and energy. 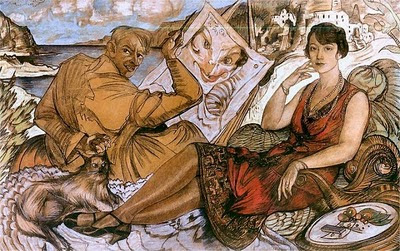 ABOVE: 'Deception of a Woman', Witkiewicz's self-portrait with Maryla Grossmanowa.
BELOW: one of "Witkacy's" surrealist compositions 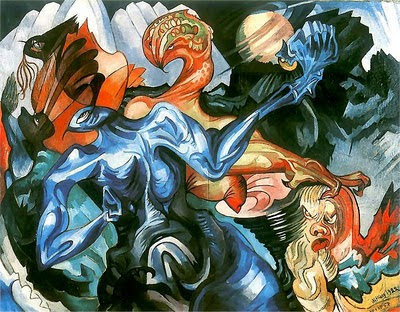 Posted by The Slavonical Chronicle at 17:04